About Thirsk and Sowerby Harriers

In October 1977, when the late Norman Smith met with a small group of fourteen enthusiastic runners in Sowerby Hall, nobody could have imagined that forty-five years on, the Harriers would still be inspiring others to achieve their running goals.

Norman not only had a love of running, but his knowledge and expertise allow for a well-respected official at both national and international events.

The distinctive yellow and blue club colours were originally chosen by a group of junior Harrier fans of Leeds United FC. These colours have remained until today and are proudly worn by members in events and championship races.

In 1979, the inaugural Thirsk 10 race took place as an effort to raise much needed funds. This superb road race is still a major event in the Harriers  calendar. Each year, this iconic 10 miler attracts runners from all over the country.

Over the years, the Harriers have proudly supported local events, a subject that still remains at the heart of the club.  Alongside local races,  members love to take part in the Harrogate and District Summer League and the Yorkshire Veterans League.

During the winter we join fellow Northern clubs for a good old fashioned ‘race through the mud’ otherwise known as cross country.

However, it’s not all training and racing, as we love getting together for a social run out, be it on road or trail. This offers the perfect opportunity to catch up with friends whilst taking in some of the Yorkshire’s breath-taking countryside.

Thirsk and Sowerby Harriers is an equal opportunities organisation and membership is open to all.

Want To Run Farther and Faster?

If you want to know more about the club, then why not pop along to one of our Monday, or Wednesday training sessions. Here you’ll find a friendly group of enthusiastic runners training under the expert eye of one of our fantastic coaches. The club guarantee’s a proper Yorkshire welcome, especially extended to those who come to ‘test’ us.

Go for a test run
Join Us

If you are ready, join us here! 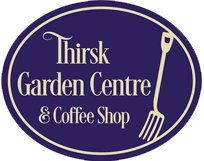